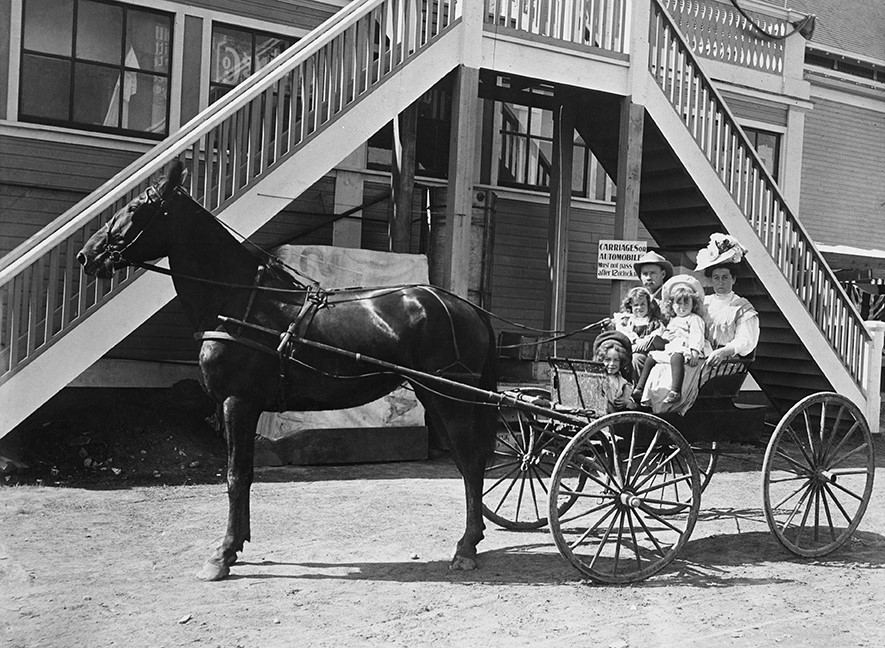 Walking along Bear Street between Lynx and Buffalo Streets in the late 1930s, you'd find yourself at what was then known as the White Compound. Within 100 metres lived Dave and Annie White, their four children and twelve grandchildren, many of whom would go on to play important roles in the development of Banff as we know it today.

Dave White travelled west from New Brunswick in the 1880s, becoming one of the first to set up shop in the fledgling Banff townsite. In 1894 he opened his dry goods Park Store on Banff Avenue. He married the Scottish-born Annie Curren, and between 1902 and 1908 they had four children: Clifford, Lila, Peter and Jackie. Over the next decade, Dave built their family home, Woodlawn, on three long lots between Bear Street and the Bow River, and he built a new red-brick building for his store close by on Banff Avenue. The children spent summers on the banks of the river, and winters skiing in the mountains.

In the 1930s, Dave and Annie distributed their lots of land among their children. Peter, married to Boston debutante and artist Catharine Robb Whyte, built a live-in log studio on the northernmost lot in 1931. Lila moved her family into Woodlawn, while Dave and Annie built a smaller yellow stucco home next door. Jackie and his wife Barbara built a home on the southernmost lot in 1938, and Cliff, his wife Mildred and their three boys lived above the store in the Dave White Block on Banff Avenue. 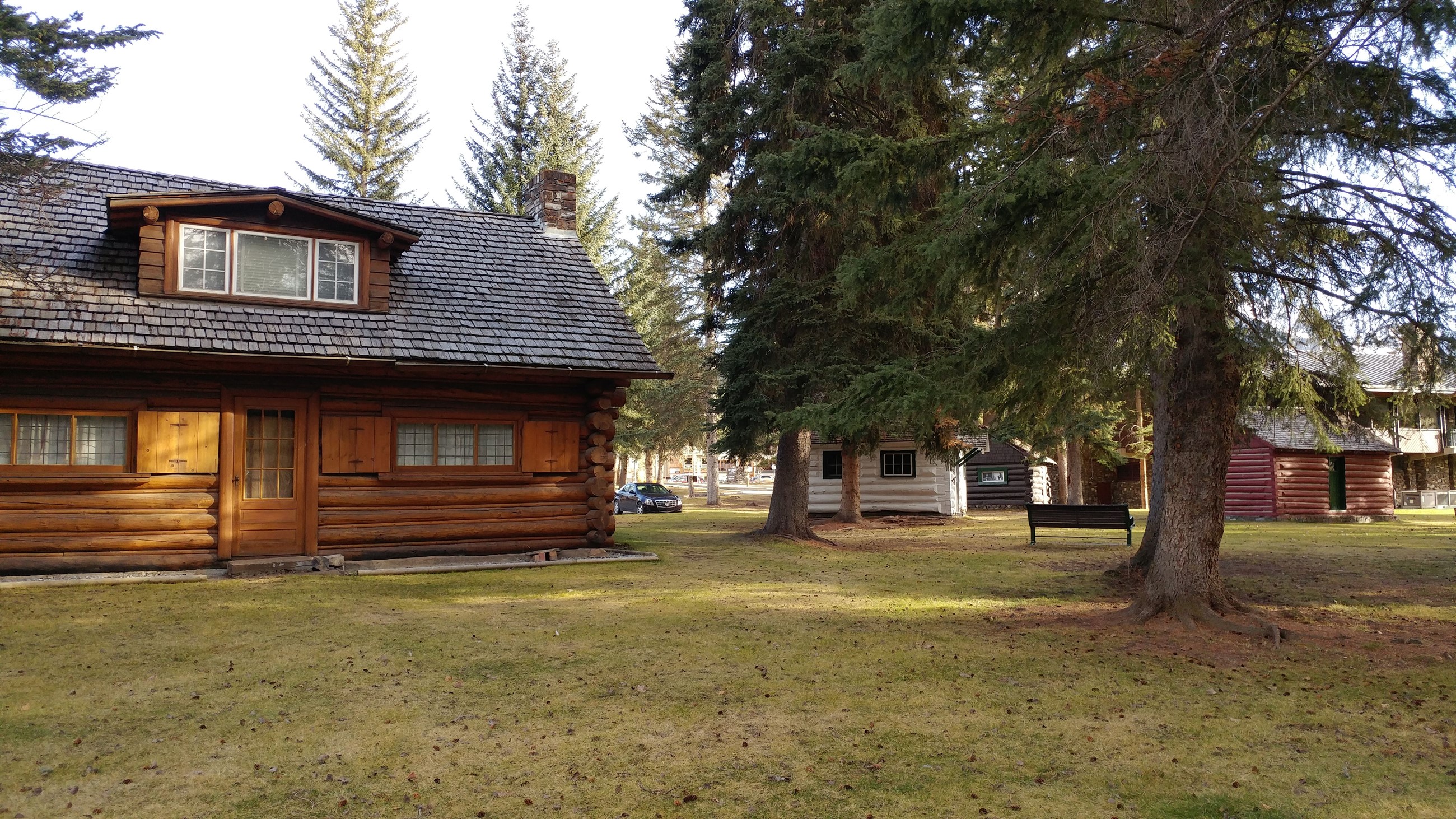 The Whites (sometimes known as Whytes) have left their mark on the recreational and cultural communities in Banff. The national park's ski industry has been shaped by the White legacy; Dave and Annie's son Cliff was involved in founding and managing the backcountry Skoki Ski Lodge at Lake Louise, the first cabin at Mount Norquay, and the precursor to the Lake Louise Ski Resort, the Temple Chalet. He passed his love of skiing to his children. In 1960, his son Cliff Jr. and daughter-in-law Bev purchased Sunshine Village, and over the next fifteen years turned it into the major ski resort it is today.

The Dave White Block can still be found on Banff Avenue, where it's the only remaining example in Banff of Edwardian red-brick buildings typically found on main streets in Alberta. But the White Compound is no more. The artists Peter and Catharine Robb Whyte eventually inherited the block of properties, where they planned a museum, archive and library to fuel Banff's budding cultural community and conserve its heritage.

At first they housed the library in Jackie's old home, but in the mid-1960s they went ahead with construction to reshape the block as a cultural hub. Woodlawn was demolished, Dave and Annie's yellow stucco home was moved up Tunnel Mountain, and Jackie and Barbara's home moved to 116 Spray Avenue. Catharine spent her remaining years rescuing other heritage homes on the property, including Philip and Pearl Brewster Moore's home, and several small trappers' and wardens' cabins. Today, the block remains a testament to the White family's legacy: Peter and Catharine's original log home sits adjacent to this collection of cabins, the Banff Public Library and the venerable Whyte Museum of the Canadian Rockies.

In partnership with the Archives at the Whyte Museum of the Canadian Rockies, the Banff Heritage Corporation is proud to profile this significant heritage site as part of its Landmarks and Legends Series. In recognition of the knowledge of Banff's history within the community, we welcome public input that may provide further insight into this or other profiles in the Landmarks and Legends series.