Improvements are being made to the west entrance to town on Norquay Road to calm traffic speeds and create a safer area for pedestrians, while maintaining traffic flow.

Aesthetic improvements began with the installation of the Banff welcome sign in 2017. Although visitors would stop for the previous entrance sign, the new Banff letters sign is a significantly more popular stopping point for visitors. The increased popularity of the Fenlands and the Legacy Trail has added to traffic volume.

Due to its popularity, vehicles had been parking along the shoulder, or parking in The Fenlands Recreation Centre parking lot, resulting in pedestrians crossing the busy roadway to photograph the sign.

As part of the 2019 entrance improvement project, the Town of Banff implemented a number of safety measures and aesthetic improvements: 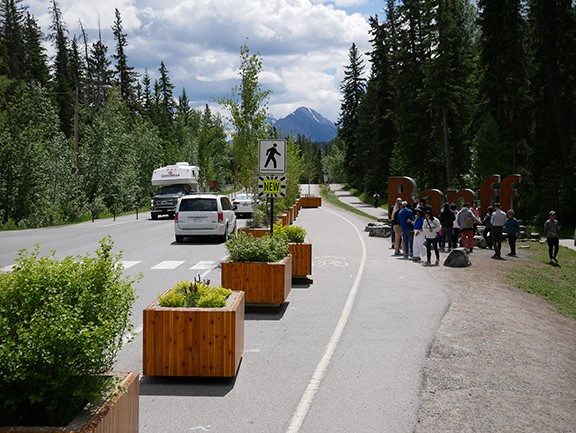 The initial temporary traffic-calming features and speed limit have been successful in reducing speeds to make it safer for pedestrians. The Town implemented a second round of changes to increase sightlines for drivers approaching the crosswalk, and to help increase travel speeds, slightly.

The Town of Banff is continuing to test features and is monitoring traffic flow.

Traffic data shows that for all 31 days in July, the total vehicle counts at both entrances have exceeded the town’s congestion threshold of 24,000 vehicles per day. While the access to the town used to be evenly split between the east and west entrance, data shows that 55% of the traffic volume is now using the west entrance at Norquay Road rather than the east entrance at Banff Avenue.

Multiple factors can contribute to congestion on Norquay Road. The Town analyzed data collected for each weekend from June 30 to Aug 6, with the aid of a traffic webcam located on Norquay Road.

Video monitoring determined that congestion was mostly affected by trains crossing at Norquay Road. CP Rail traffic this summer has been observed to be greater than previous months, with more frequent and longer trains during the day. Other causes for traffic congestion include a period when lanes on Lynx Street, which connects to Norquay Road, were closed for construction, and certain periods of high volume of traffic in condensed periods, mainly during the August long weekend.

The Town of Banff and Parks Canada continue to trial modifications on Norquay Road to ensure safety is maximized at the crosswalk, as well as on the TransCanda Highway off ramp to access the town site.

For the September long weekend, Parks Canada will implement speed reduction zones on the highway at both town entrances to help safely manage peak vehicular volumes, install highway signage and post social media communications to encourage motorists to use the Banff Avenue entrance to Town.

The Town of Banff has removed the planters located in the median at the Banff sign ahead of the September long weekend to measure the impact of the change on traffic speed, flow and sight lines.

The trials of different temporary street designs will assist the planning of permanent features for the Norquay Road entrance. 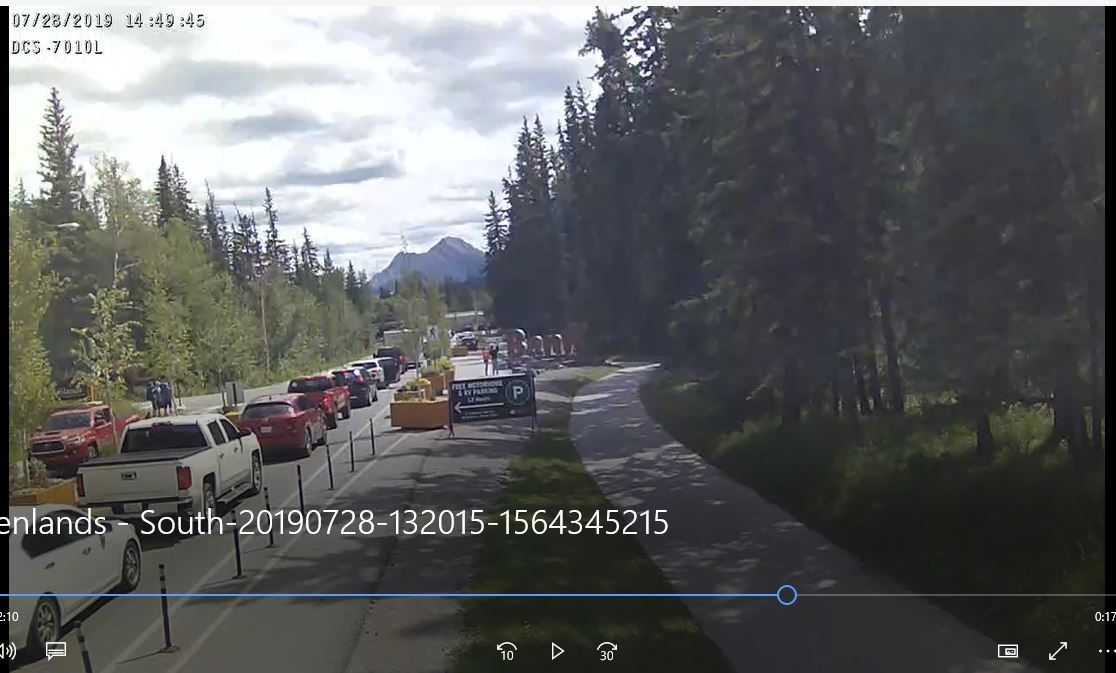 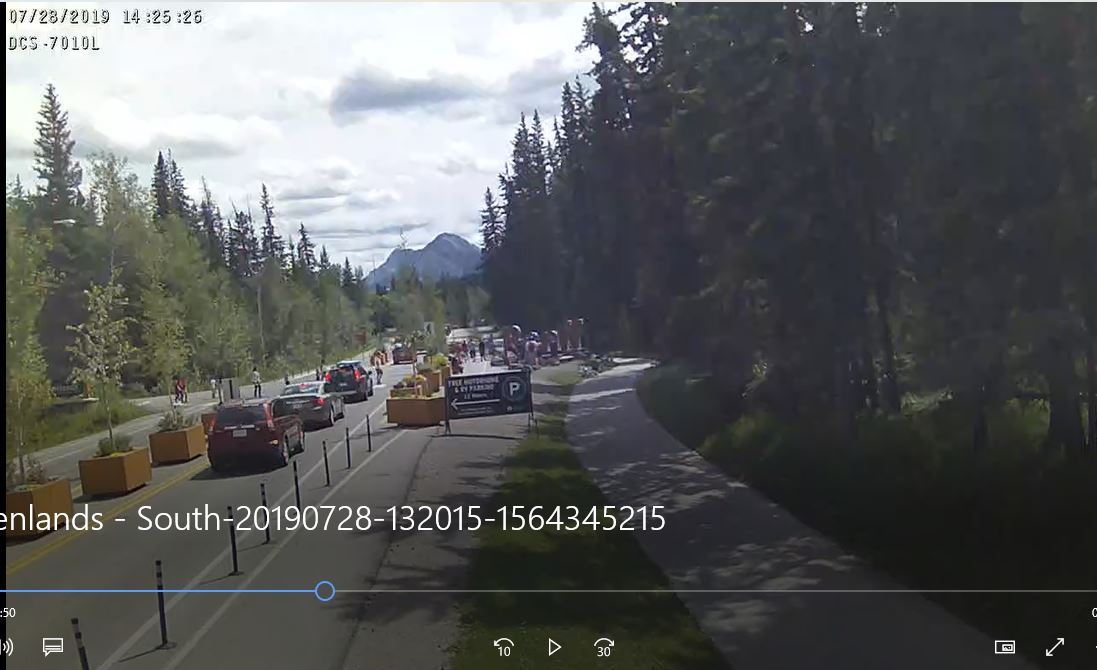