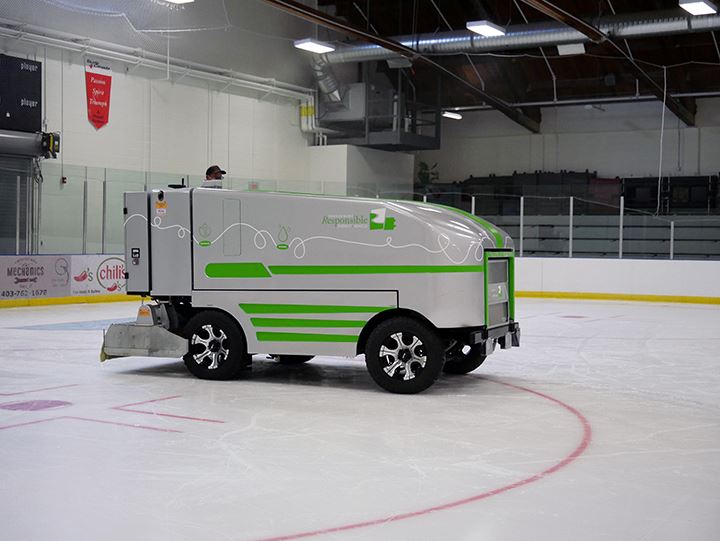 The Town of Banff is investing in electric vehicles for the municipal fleet to reduce greenhouse gas (GHG) emissions.

When fossil-fuel powered cars and trucks reach the end of their lifecycle, we look to replace them with an electric vehicle as part of the Responsible Energy Vehicle program.

In 2019, 10 new vehicles and equipment were purchased as part of the program taking old GHG producing vehicles off the road. The electric vehicles are projected to reduce GHG emissions by 11.94 tonnes every year, as compared to the fossil-fuel-powered vehicles they replaced. The green fleet also helps maintain clean air for our community.

These vehicles span all town departments, from an electric ice resurfacer used at The Fenlands Banff Recreation Centre to a Chevy Bolt for the Fire Department.

Although 90% of the Alberta power grid comes from fossil fuels, approximately 25% of the electricity consumed by Town of Banff is from renewable sources. 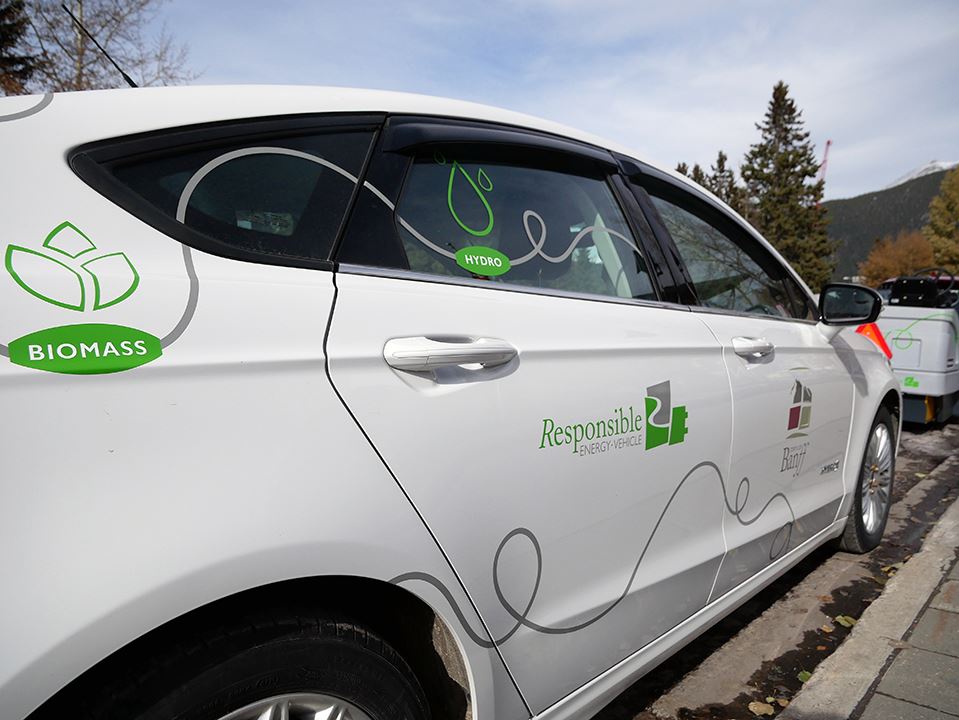 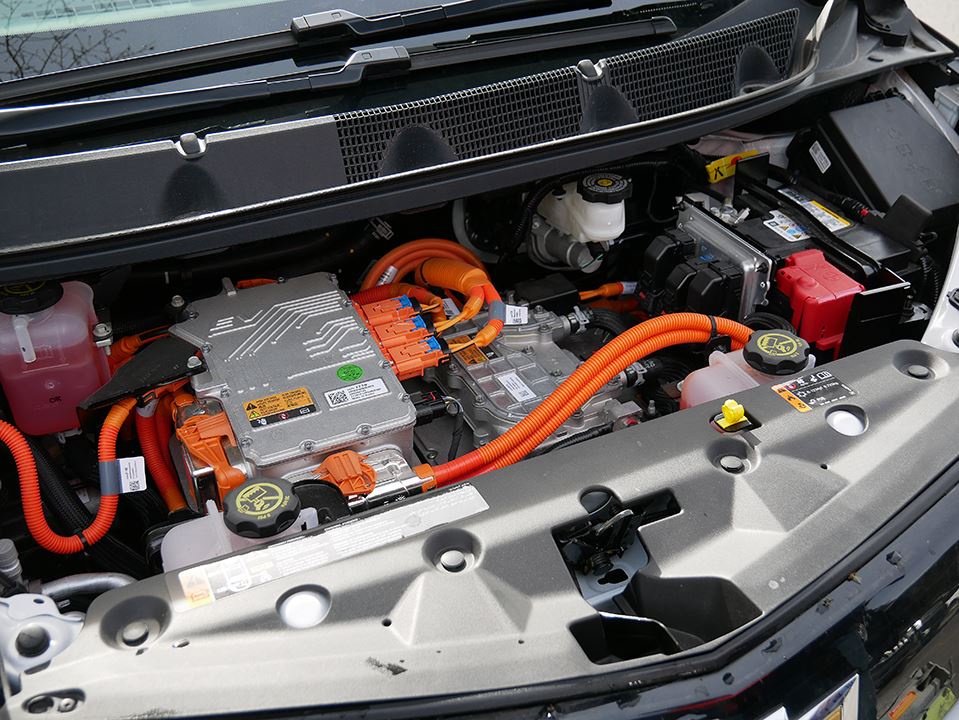