Banff's townsite boundaries are fixed by federal law. The municipality may not expand its land base. 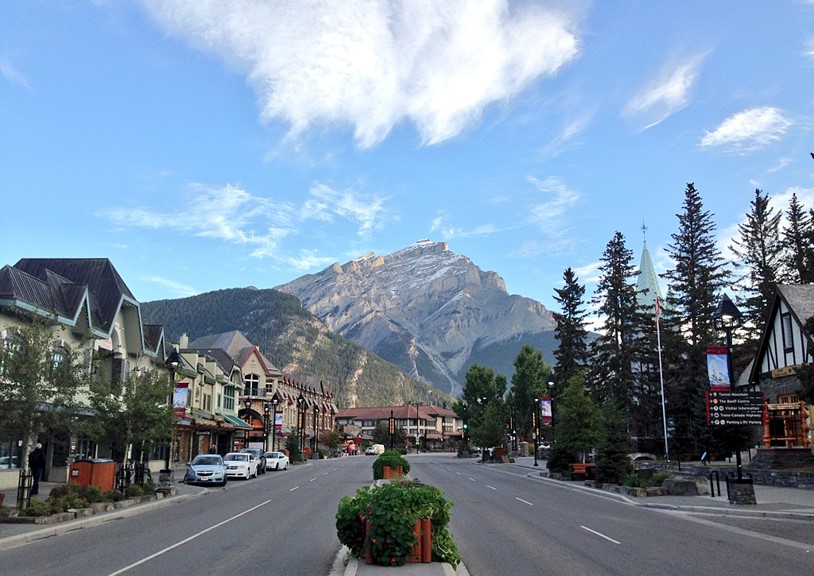 The Town of Banff is located inside Banff National Park, Canada’s first and the world’s third national park, established in 1885. The park itself is 6,641 square kilometres (2,564 square miles); 96 percent of the park is wilderness.

The Town of Banff official population is about 8,000 residents. Check out the municipal census for details.

Living in Banff is a privilege and we all know how lucky we are to be part of this community inside a national park. Our way of life is more than just skiing and hiking (but there is a lot of that), it’s also taking care of this special community and respecting our surroundings. Everyone that lives in Banff must meet a "need to reside" requirement regulated by the federal government.

The net result of this is a typical summer day Visitor Adjusted Population of around 43,000 persons. This number can increase significantly based on day visitation, since every 1,000 additional inbound vehicles brings around 2,500 additional people. On the busiest summer days we estimate our daily visitor adjusted population to be above 50,000.

Tourism is the town’s economic driver. More than 4 million people visit Banff National Park every year, and almost all of them visit the Town of Banff.

The federal government limits the amount of space available for commercial development in national parks. Commercial space in the Town of Banff is capped at 353,000 square metres (3.8 million square feet), or about 10% of the total area of the townsite. Commercial activities must be consistent with the purposes of the town as set out in the Banff Incorporation Agreement. Find out more about opening a business in Banff.

Hotel capacity within the Town of Banff is 3,698 rooms, although this will vary based on definition of a room (vs. a collection of rooms like at Tunnel Mountain Campground) and redevelopment (e.g. when a hotel goes “off-line for renovations or redevelopment). This figure also excludes hotels located outside of the municipality including the Rimrock, Juniper, and Rocky Mountain Resort.

The number of residents who populate the town based on the tourism industry is estimated with data from the Federal Census (link to Banff’s labour info here) . Based on the federal data, approximately 61% of respondents are employed directly in the Retail, Accommodation and Food Services, Transportation, and Arts, Entertainment and Recreation sectors. Many of the other respondents are indirectly involved in tourism, since industries like Construction, Real Estate, etc… are heavily tied to the tourism industry. Economists have indicated almost 90% of Banff’s economy is involved in tourism

The Town of Banff is governed by a mayor and six councillors under The Municipal Government Act of the Province of Alberta. A municipal election is held every four years.

Indigenous peoples have lived in this area for well over 10,000 years and their knowledge of the geography undoubtedly benefited European settlement of the mountain community.

The natural beauty of Banff’s surrounding lakes and mountains made it Canada’s first National Park and the world’s third national park refuge, and part of the Canadian Rocky Mountain Parks UNESCO World Heritage Site. More than 4 million people from around the world now visit Banff National Park every year. While the Town of Banff had been in existence for a century to serve visitors, it was officially incorporated in 1990, making it Canada’s first municipality within a National Park.

The purpose of the Town, as set out in its incorporation agreement, is: