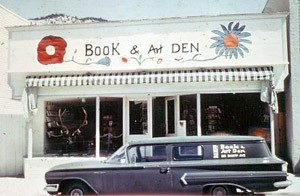 Barbara and Peter Steiner's Banff Book and Art Den has been a Banff icon since 1965.

The Book and Art Den was originally located downstairs in the Mount Royal Hotel on Banff Avenue. However, when a fire completely destroyed the hotel in 1967, the Steiners moved their book shop quickly to a property owned by Pearl Brewster Moore at 110 Banff Avenue.

After 23 years at the Clock Tower Mall location, the Book and Art Den made its final move to 94 Banff Avenue. 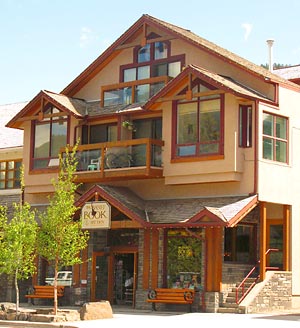 After 43 years of family operation, the Banff Book and Art Den was closed.

When asked about business highlights, Barbara Steiner reflected on authors' tours, book signings and the Canadian Book Sellers' Convention, held in Banff in the early 1970s. Visitors to the store have included writers such as Margaret Atwood, Timothy Findlay, Mordecai Richler, Vikram Seth and Robert Bateman - to name just a few.

In partnership with the Archives at the Whyte Museum of the Canadian Rockies, the Banff Heritage Corporation is proud to profile this significant community resource as part of our Landmarks and Legends Series.