The Town of Banff, in a joint project with Parks Canada, removed a portion of the 40 Mile Creek Dam and some of the pipes that were exposed in the riverbed.

This was a project both the Town and Parks Canada had wanted to complete for years, but the cost of demolishing the dam while it was still full of water, and the implications of releasing sediment into the stream, had always been a deterrent. But the floods of June 2013 provided an opportunity to move forward on the project. 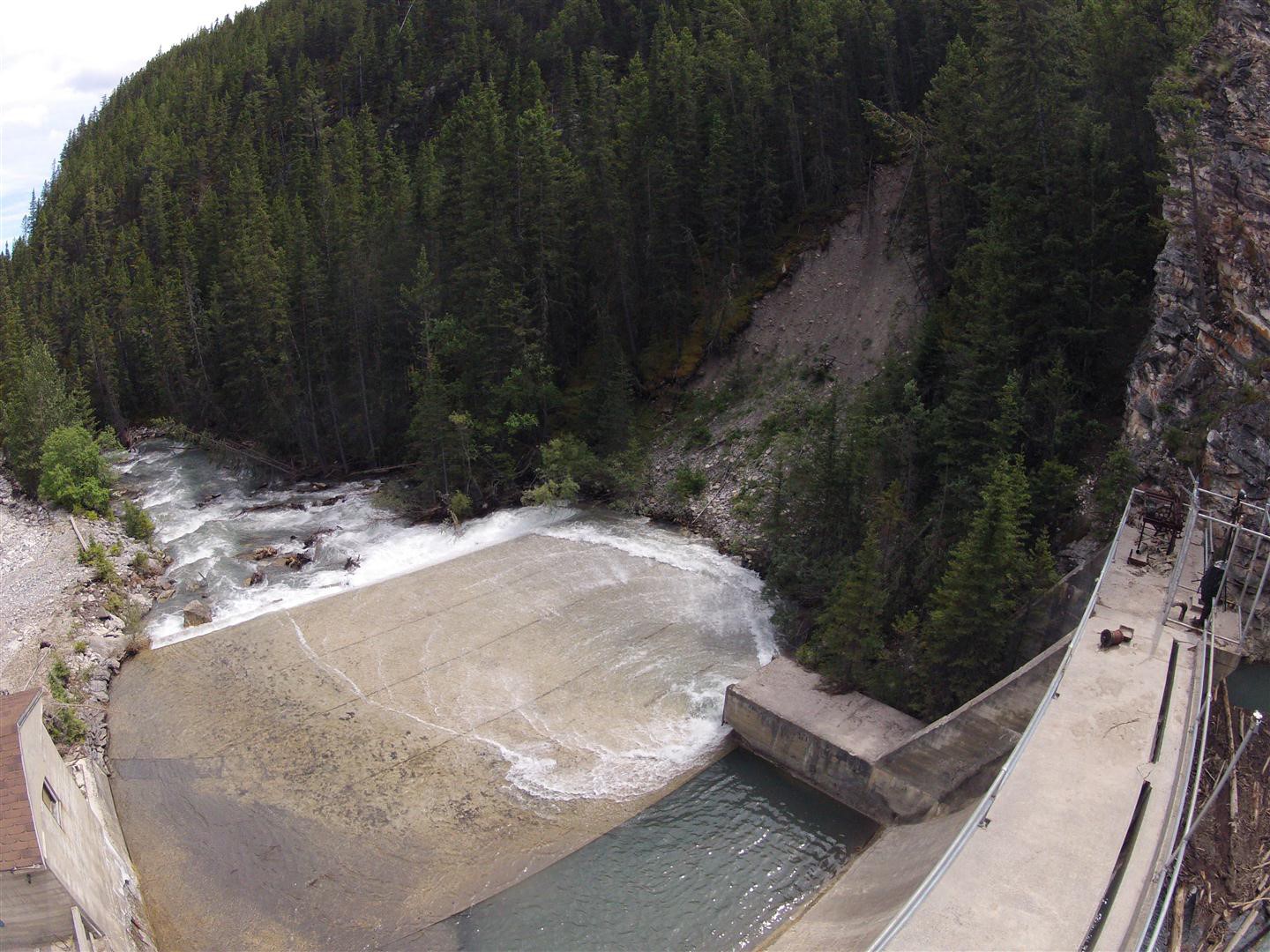 During the flood, town staff were able to drain the dam and remove much of the sediment. The flood also washed out the access road, exposing the associated pipes in the riverbed.

With the dam drained, there was a short window of opportunity – prior to the fish spawning season in May and the June run off – to demolish a portion of it and remove those exposed pipes. Once removed, the creek was restored to a more natural state and now allows for greater aquatic habitat connectivity. The dam prevented fish from swimming upstream and downstream.

Using funding from the provincial government, the dam was partially removed in the spring of 2014.

Parks Canada continues monitoring and research on the restored connectivity.

The 40 Mile Creek Dam once supplied Banff with drinking water and water to fight fires. Located between the two entrances to town, it was built in 1946, but hasn't been used as a water source since the mid-1980s.